Are you also struggling with  F chord?

Do you want to know how much is really necessary?

Do you ask yourself if there is a way you can avoid it?

If so, I am with you completely, and in fact, remember my own struggle with this chord more than 27 years ago.

Throughout my years as a guitar teacher, I met quite a few students who, even before they started playing,
had already heard of the F chord.

what’s the big deal about it?

The goal of this article is that you will end up more optimistic and with practical tools for playing the F chord
so you will enjoy playing your guitar with maximum results and minimum effort. 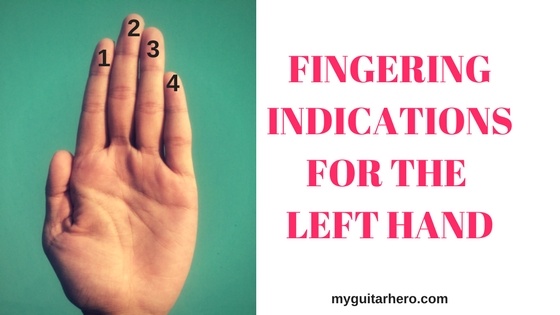 The features of the F guitar chord

Unlike most other guitar chords, the full F chord requires your index finger to hold down
more than one string with only one finger.

The second thing is that you need to use all four fingers, unlike others chords with 2-3 fingers.

The third thing is that the is spread over the first three frets of the guitar which are wider than the
following frets of the guitar and requires each of your fingers enough flexibility to stretch and
reach in a comfortable and precise way to its place.

Each of the chords in music is based on three selected notes from the music scale associated with each chord.

Since I want this article to be the most practical for you and not to go deeper into the theory of music,
I choose to tell you only that these notes in the F chord are: F, A, C.
In each chord, each of these three sounds can appear more than once and at different pitches.

These 4 types of F guitar chord make it easy to tap depending on your playing level: 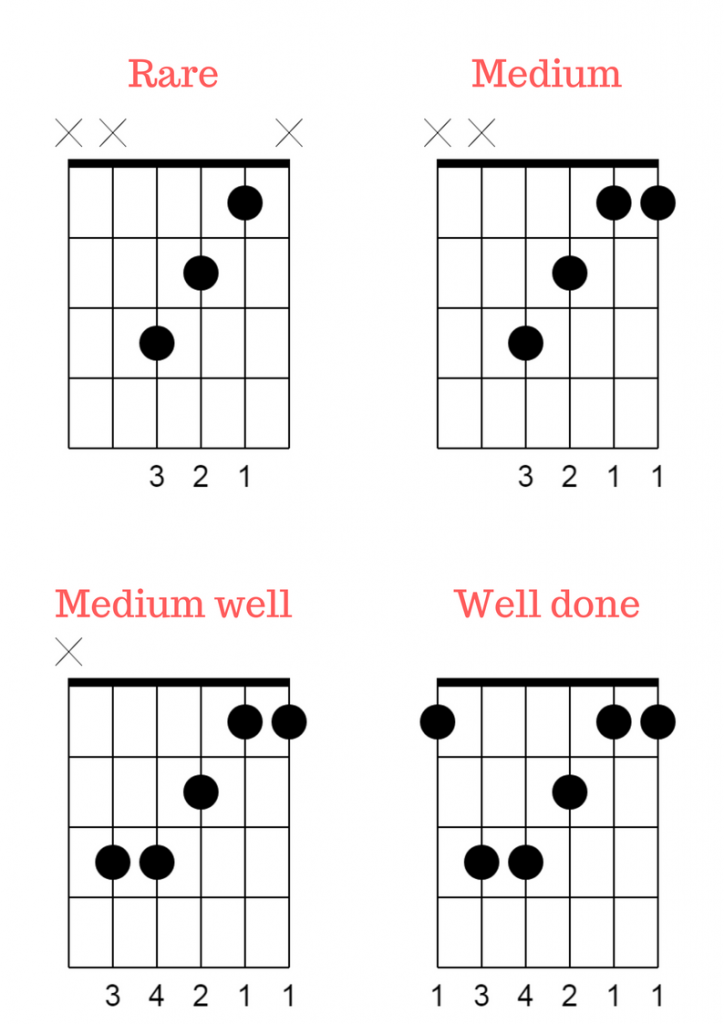 This chord shape includes only the 3 core notes of the chord and you press them down with fingers 1, 2 and 3.

You play it when your finger 1 barres the string 1 and 2 in the first fret.
If you have experienced the previous chord for about a month and also got used to flattening finger 1  a little
to block the string underneath it, this shape is a natural progression where you hold down a finger to a finite state.

For those who are already comfortable with the previous chord and press it strong enough
that there is no buzzing sound and it controls the muting of the 1st string with a 1 finger.

It’s still a barre on the first two strings, but this time we’re adding the little finger to the fourth string.
The overall sound of the chord is already almost at its maximum.

This is a full barre chord.
We take full advantage of the guitar potential with a rich sound consists of 6 notes.

F guitar chord can definitely take you some time to figure out the right-hand position and grip.
If you build the process of getting control of the full chord shape by switching between the different levels I’ve shown you, doing it in a consistent way, it will go smoothly.

You’ll find yourself playing the F chord and its variations smoothly and with minimal effort.

Does A Guitar Muter Really Mute The Strings? Watch The “Silence” Test with 5 guitar techniques and 2 apps

How Does learning guitar from your Guitar Idol Can Harm You?